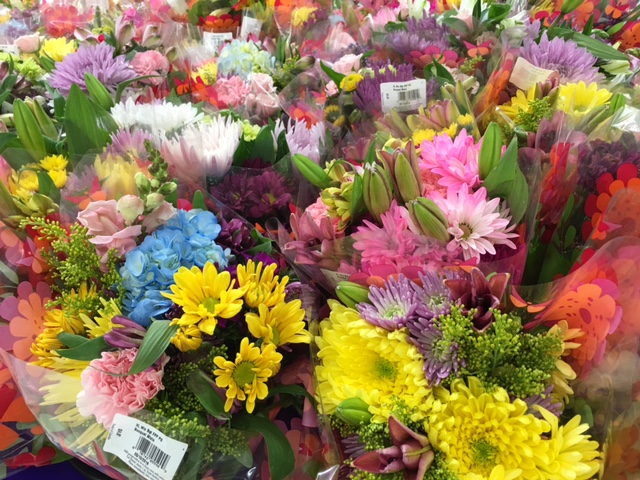 While most women want something romantic and nice for Valentine’s Day, my expectations are considerably lower. What I would really like is a nice dinner out somewhere, some place that has waiters and dim lights and where you don’t have to drive-thru and yell your order into a speaker.

Apparently, other women have expectations that are more materialistic. On the radio this morning they were advertising a Hunk of Love Vermont Teddy Bear, a steal at $99. If a man gave me a $99 teddy bear, I would think that cupid has shot him between the eyes — and if not, he should.

My honey’s idea of an appropriate gift usually varies greatly, somewhere between a card and jewelry. It’s the thought that counts, isn’t it? Of course, if he happens to think of something with diamonds, that is okay with me. But, please, no pajama-gram. Apparently, most women feel the same way as I’ve heard no ads at all for pajama-grams this year.

Of course, the real purpose of Valentine’s Day is not to buy a stupid gift. It is to express your love and affection. I saw of list of thing on the Internet that do not cost anything. One was to write a romantic message or draw a heart on the bathroom mirror. If he decides to do this, let’s hope it is not with my brand new lipstick.

Other similar things included writing love notes and leaving them where she/he might find them, such as on the steering wheel of the car. Most of the love notes I find on my car are not from my honey, but from the police telling me what parking violation I’ve committed and how much the fine is. I don’t think they are sealed with a kiss either.

One rather interesting idea was to sprinkle Hershey’s chocolate kisses on the bed. Unfortunately, any edible gift left lying around my house might be considered a doggy treat by a certain pet and would most probably be rapidly consumed. I wouldn’t want to spend the evening trying to explain to an emergency vet how the dog happened to be poisoned with chocolate and tinfoil.

I think that chocolate is supposed to be an aphrodisiac. That’s probably the reason for the many heart-shaped boxes with chocolates in them that you see at discount stores and drugstores. Like lingerie and a lot of things, this is a gift for the giver as well as the recipient.

Flowers are always a gift that is hard to beat. If you want red roses on February 14th, better order early or you will be stuck with pink or yellow. I’m not sure why red ones are better or why roses are better than other flowers for that matter. Personally, I would rather have something that lasts a while longer than roses. Buttercups are nice, and free, and blooming in February due to the mild winter. My granddaughter has already gifted me with a bunch, though.

Paper cards are still the gift of choice for almost everyone, even if they come attached to something else. They have been around for a long time and history has it that we exchange more cards at Valentine’s than any other time except Christmas. I remember getting a fancy Valentine card from a kid named Bobby Emerson once in grade school. He was fickle, though, and soon jilted me and my card for another woman.

Remembering this makes me think even more than a good dinner is probably the best thing to hope for. If he jilts you later, nothing left around to remind you, nothing to watch wilt and die, nothing to ruin your best new lipstick, and nothing that will poison the dog.

Short of this, I will be happy with a hug and kiss and a Happy Valentine wish — something that will not clutter the living room and have to be dusted.

My stories are about daily life and the funny things that happen to all of us. My columns have been published in numerous newspapers, magazines, anthologies, and websites.
View all posts by Sheila Moss →
This entry was posted in Holidays, Humor and tagged Affection, Aphrodisiac, Cards, chocolate, Flowers, Gift, Kisses, Love, Love Note, Red Roses, Romantic, Valentine, Valentine's Day. Bookmark the permalink.

10 Responses to Wishes and Kisses