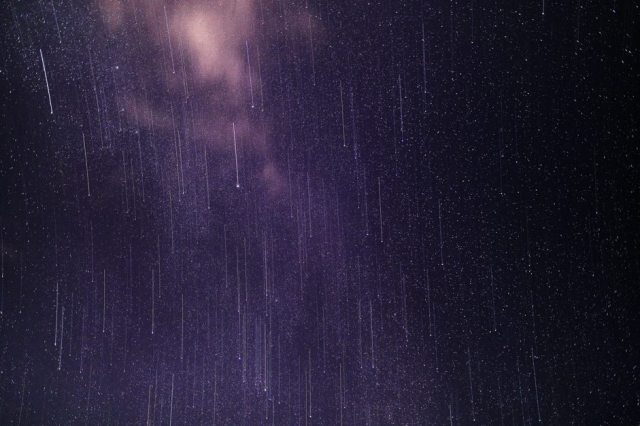 “The sky’s a-falling, the sky’s a-falling,” said Henny Penny when she was hit on the head by an acorn in the classic fable. I know how she felt. I thought the sky was      a-falling too this week when my central heating unit went out. It had already been one of those weeks when everything that could go wrong did.

This time it started Sunday when I set the thermostat down just a bit. During the night it seemed to become colder and colder. Finally, some time during the early morning hours, I crawled out from under the covers and turned up the heat. Then I jumped back in bed for a final snooze.

When I eventually woke up, the house was freezing. “What’s going on,” I thought. I put my hand over the vent and the air blowing out was cold. “Maybe I was half-asleep and turned on the air,” I thought. I tried to adjust the thermostat, but nothing happened.

I shivered as I slipped into my warmest jeans and sweater and tried to remember the name of the company that put in my furnace. I called. They promised to send someone that afternoon at one o’clock, which worked out well as I had to take my daughter to the doctor in the morning.

When we got back from the doctor, I decided to run errands and pick up a few items at the discount mart. My daughter wanted to stay home in spite of the cold and would call me when the furnace guy arrived.

It was after one o’clock when I finished and my cell phone had not rung. When I checked it, I found that it was turned off.

But when I got home the service truck was in the driveway and my daughter was on the steps. “I’ve been trying to call you for an hour,” she said. “They came early.”

“I’m sorry, I’m sorry, the phone must have turned itself off.”

“Wait until you hear the news,” replied my daughter, as the guy got out of his truck.

The furnace burner was rusted and disintegrating. The cost to fix it left me flabbergasted. Furthermore, the entire unit was in terrible shape. He recommended that I replace it. “It’s 15 years old,” he said, “that’s about as long as they last.”

“I looked at it, Mom,” said my daughter. “It’s rusty inside and falling apart.” The pipe that carries the gas was split open. If it didn’t have an automatic shut off, we would have died from carbon monoxide.

I could feel the pieces of sky a-falling around me like stars.

I picked out what seemed like the best new unit for the money, while pieces of sky continued a-bouncing on the ground around me. They would put it in the next day — unless it rained.

The next day turned out to be the day after the next day. We were entirely without heat. We brought in the little electric space heater out of the garage and turned it on. Shortly afterwards, the living room went dark. Overloaded circuit.

We decided to build a fire in the fireplace. We were snug and warm as long as we sat near the fireplace. By the third night, I was beginning to sort of enjoy the cozy fire. Maybe we didn’t really need a furnace?

Or maybe some carbon monoxide had leaked after all and damaged my brain. What would we do this winter when it became really cold? Maybe I had been hit in the head by a piece of falling sky — or an acorn.

They finally came and installed the new furnace.

The sky’s a-falling. I know it. Henny Penny knows it too. But no one else seemed to notice.

My stories are about daily life and the funny things that happen to all of us. My columns have been published in numerous newspapers, magazines, anthologies, and websites.
View all posts by Sheila Moss →
This entry was posted in Home, Humor, Rants and tagged Air conditioning, Broken furnace, Central Heat, Furnaces, Heat Pump, home repairs, Repairman, Serviceman, Thermostat. Bookmark the permalink.

2 Responses to The Sky’s A-falling

Australian Traveller that loves to "Roam" our globe, creator of ENDLESSROAMING.COM sharing the experience through word and photography. Currently residing in my home of Newtown Sydney