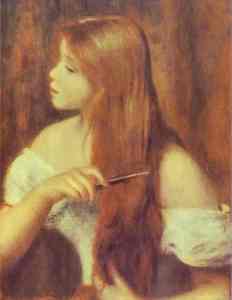 Now, I’ve never been very musical. I tried to learn to play a guitar, even took lessons once and learned a few chords, which I soon forgot. Learning to play a musical instrument is hard if you’ve never tried it.

However, I can play a comb.

It is surprising how many people don’t know anything about playing a comb. But, this is what you do. Get a comb, any size or style; wrap it with waxed paper; put it on your mouth and sort of hum so the paper vibrates. You can do it. The beautiful thing about playing the comb is that anybody can do it.

Since wax paper has gone out of style these days, it might be hard to find any. It used to be popular for wrapping sandwiches, but that was in the days before zip-lock bags, plastic wraps, and press-and-seal paper. They say you can use tissue paper. I’ve never tried it because it seems to me that it would get wet and soggy. Wax paper is better for playing the comb.

Why in the world would anyone want to play a comb, you wonder? Because, it is fun! Just try to play a comb without stopping to laugh. I’ll bet you can’t do it! Imagine an entire group of comb players humming out a tune. Playing the comb brings joy to your soul. You need no training and can play any sort of music, from country to classic. It’s as versatile as the human voice.

Kids, of course, are the biggest comb-playing group. They love anything that makes noise. The buzzing sound produced when playing the comb probably sounds much better to the player than to the listener. However, than can be said for a lot of instruments.

You don’t find a lot of comb-playing bands. They are discriminated against as a group. You also don’t find many recordings of comb players. I’ll venture out on a limb here and guess that there has probably never been a single comb player in the top 100 hits.

They tell me that the “real” instrument most similar to a comb is the kazoo. A kazoo looks somewhat like a child’s plastic flute, but is played more like a comb, producing the same buzzing vibration that is made by playing the comb. I’ve never played a kazoo. Somehow, I have a feeling I would like it, though.

When researching this article, I got on the computer and found plastic kazoos on Amazon for under $1, all colors. I ordered three. I figured at that price they could not be expected to last long and I might need several. There are also metal and plastic ones, but I thought I’d try the cheap ones first.

Even though I’m willing to give it a try, I don’t know that I really need to learn to play a kazoo, though, when I can play the comb. All I have to do to play the comb is look for my instrument on the dresser or in the drawer of the bathroom vanity. I hope when you read this article, you will feel challenged to try playing the comb. It is really quite satisfying, like singing in the shower. And, if you can’t carry a tune, well, no one will notice — another great thing about playing the comb.

There are other non-conventional instruments, of course. Some folks play spoons, washboards, and even tubs. They form groups called “kitchen bands.” Do you suppose kitchen bands might accept someone who plays the comb, or do they also shun them?

I am wondering, what will I do when I get to heaven. Will I have to be able to play a harp? Or, do you suppose that they allow angels who can only play the comb?

My stories are about daily life and the funny things that happen to all of us. My columns have been published in numerous newspapers, magazines, anthologies, and websites.
View all posts by Sheila Moss →
This entry was posted in Entertainment, Humor and tagged comb, Humor, kazoo, musical instruments. Bookmark the permalink.
Life is a rusty rollercoaster

Pain goes in, love comes out.