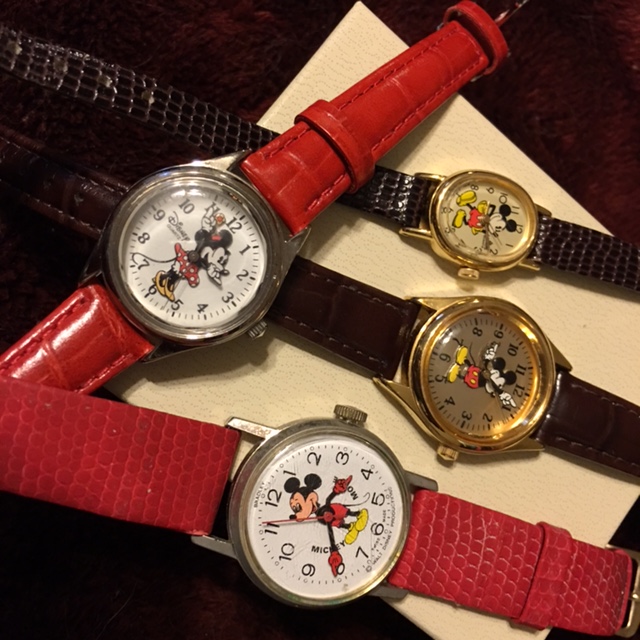 I made a complete fool of myself today. . . not that it is anything new. Usually, however, I do so with some notion that such an outcome is a possibility.

Let me explain what happened.

I like Mickey Mouse watches. I remember when, as a kid, one of my friends got the first one I had ever seen. It had a red strap and Mickey’s arms were in motion, acting as hands for the clock. It was absolutely the coolest watch I had ever seen.

Since then, the watches have come to have a different meaning for me. The cartoon character makes it a watch with a sense of humor. It reminds me to have a sense of humor and not to take life too seriously. Any society so obsessed by time that we must strap clocks to our arms surely needs to lighten up.

Now, I know you can get a Mickey Mouse watch anywhere from Amazon to Walmart, but something about being able to say it comes from the Magic Kingdom itself makes it even more special – or even more Mickey Mouse, if you prefer.

Just for fun, I checked through my collection of cheap $10 watches, the ones with the dead batteries that I’m going to replace one of these days – maybe. What do I find among them but a slightly tarnished Mickey Mouse watch. It has a shiny new red band on it; so, apparently I replaced the band at some point so far in the distant past that I have forgotten about it.

“I can wear the old watch for fun if I ever go to the Magic Kingdom,” I think. Heck, I might even bend tradition and get a Minnie Mouse since I still have the Mickey. It needs a new battery, though.

Wind-up watch? I forgot there was such a thing. I tried winding it and sure enough it could be wound.

I felt very stupid. “I guess it would cost far more to get it cleaned and fixed than it is worth.”

“Probably so,” she said.

Some of the early Mickey Mouse watches have become valuable antique collector items, but mine is not a collectable. It is merely a piece of junk that has quit running.

A bit of Disney trivia: The Mickey Mouse watch was first introduced in 1933, made by Ingersoll watch company. It sold for $3.25, and later was reduced to $2.99. Ingersoll did well with the watch and went on to become the Timex Watch Company.

The Mickey Mouse watch is now manufactured by various companies and is the most sought after Disney collectable item. One famous Disney watch is a Goofy watch with numbers displayed backwards and hands that go counter-clockwise. Originally selling for a mere twenty bucks, you would now have to drop about $700 for it, if you could find one.

When I got home, I took the elderly Mickey watch out of my pocket to put it away (or throw it away). I looked at it and saw that the dadgum thing was ticking along keeping perfect time. I put it on my arm and it has been running ever since, just like magic.

I still intend to get a new one sometime just for fun, but they don’t make ’em like they used to.

My stories are about daily life and the funny things that happen to all of us. My columns have been published in numerous newspapers, magazines, anthologies, and websites.
View all posts by Sheila Moss →
This entry was posted in Humor, Shopping and tagged Disney World, Disneyland, Magic Kingdom, Mickey Mouse watch, souvenirs, Timex, watches. Bookmark the permalink.

3 Responses to The Magic Watch