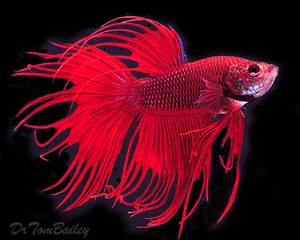 When my grandson was a small tike, we acquired a new pet at my house. After much discussion, my daughter had managed to talk my grandson out of a hamster – as long as he could have a fish instead.

Now when a fish was mentioned, I though of a goldfish. It seems, however, that goldfish have gone out of vogue. The pet fish of choice these days is called a “Betta” fish. I’d never heard of such a thing, which shows how well I keep up with trends, I guess. I thought beta was the second letter in the Greek alphabet.

In fish language, it has nothing to do with the alphabet. Betta is the “genus” or part of the scientific name of this particular biological species. Yes, it’s been quite disappointing to me as well. They are not even Greek fish; they are Siamese fighting fish. You can only put one Betta fish in a fishbowl, or they will fight with each other, sort of the Pit Bulls of the fish world, I suppose.

“They are only five dollars,” my daughter said. “And they are really cute!” How a fish can be cute I’m not quite sure, but anyhow I agreed that we could have a pet fish.

My daughter volunteered to purchase the fish, not knowing that the local Walmart didn’t have any. Purchasing the fish turned out to mean going to the pet store. After dragging my grandson past the hamsters and prying him loose from the gerbil cage, she finally made it to the back of the store where the fish aquariums were.

These aquatic critters come in a rainbow of colors like red, green, purple, yellow, and blue. They are tropical fish but are adaptable and can survive in a regular fishbowl. They can even breathe air as well as oxygen from the water.

As my grandson pressed his nose against the glass, one fish swam up to the glass as if to kiss him. “It likes me!” he squealed.

Soon he came running home waving a plastic baggy full of water with a small red fish inside. “Look, Grandma, I have a fish! Its name is America.” I didn’t ask about the name, since I knew already knew it had nothing to do with the alphabet.

We put the fish in the fishbowl, but it didn’t seem happy. Why? Well, I don’t know why. It wouldn’t swim around and refused to eat. Maybe it is just adjusting to new surroundings, we hoped. Now that we had a living creature to care for, we felt responsible for it’s happiness.

Time to look up the preferred lifestyle of a Betta fish, I thought, going to my computer. To start with, we had filled its bowl with tap water. Wrong! Tap water has chlorine. Fish hate chlorine. “Buy bottled drinking water for your fish,” advised the article. The fish gets Evian?

Then we found out the fish needed a larger bowl, “at least one gallon of water per fish,” advised the article. So, it was back to the pet store for a jug of water and a larger fishbowl, one with a lid, “So that Little Cat does not decide to have sushi,” explained my grandson.

While there, he also discovered another type of fish food – dried worms. Yuck! The fish loved the new food, however, and slurped it down, being famished after his hunger strike. American was much more content in the large bowl with the drinking water and a full stomach. He swam around gracefully, looking quite attractive with his large delicate fins.

The next day my daughter called me at work. “Something is wrong with America.”

“What do you mean?” I asked, visualizing him floating on top of the water or jumping out of the fishbowl.

Good grief! He’s a fish. That’s what fish do!

Unlike other fish who are not even aware that you are alive, Betta’s blow bubbles, swim up to the side of the bowl to greet you, swim gracefully showing off their colorful fins, and will even eat food from your fingers if you hold it close enough to the water.

Who would ever think that a fish could be so cute?

Do you like tropical fish aquariums? Have you ever had a pet fish?

My stories are about daily life and the funny things that happen to all of us. My columns have been published in numerous newspapers, magazines, anthologies, and websites.
View all posts by Sheila Moss →
This entry was posted in Creatures, Humor and tagged Aquatic creatures, Betta, fish care, fish food, pet fish, Siamese fighting fish, tropical fish. Bookmark the permalink.