To Sleep or Not To Sleep 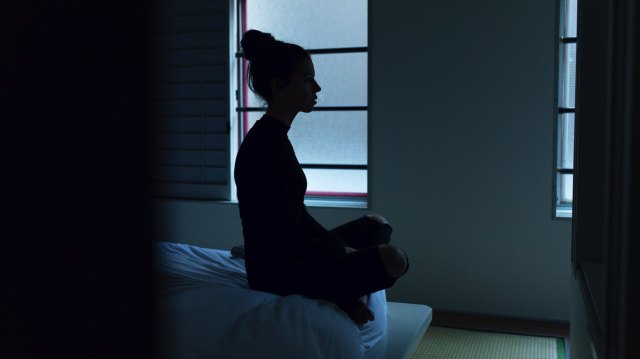 Lately I’ve been hearing other people talk a lot about their personal disorders. I confess I hadn’t really thought much about sleep problems before. Just show me the bed and I can be cutting Z’s in 15 minutes any time Now, however, I’ve found out that I’m not sleeping the correct way. I’m supposed to wait until bedtime to sleep so I’ll be tired and able to  sleep through the night.

A sleep disorder is when we toss and turn and are unable to fall asleep, I figured. Everyone knows about drinking warm milk and doing the sheep counting routine to cure insomnia. Now, however, I’ve found out that insomnia is only one of many sleep disorders. There are others that are common, plus some that are not so common.

I decided to take a mini sleep quiz – just to see if I needed to be concerned about sleep disorders. Can’t be too careful with health. Wish I hadn’t taken it, though. According to the quiz, I’ve got ‘em all.

First of all, I found that I have sleep apnea. Sleep apnea is when someone has difficulty breathing and may stop breathing for several seconds many times a night. Often this is accompanied by snoring. One of the questions on the quiz was, “Have you ever been told that you snore?” Well, yes, I have. I ’ve never heard myself snore, though, and I don’t really believe that I do.

social situations. “Do you ever fall asleep at inappropriate times?” asks the quiz. “Do you sometimes feel sleepy even when you’ve had enough sleep?” The true narcoleptic can fall asleep anytime, even at a movie or at a party. Obviously, writers of the quiz have not heard some of the sermons I’ve heard at church if they expect me to stay awake on Sunday morning.

Okay, that covers sleep apnea, insomnia, and narcolepsy. What’s left? Restless leg syndrome? Yes, I have that one too, tingling in the legs so that you feel you have to move them. You mean some people lay perfectly still all night and never have to turn over or move to a more comfortable position? I’m not dreaming that I’m one of the Radio City Rockettes and kicking like I’m in a chorus line or anything. I always thought my legs had gone to sleep. I hadn’t really thought of it as a sleep disorder until now.

I never knew what a sick person I am. “If you think you have a sleep disorder, see a doctor regardless of the outcome of the quiz,” says the article. Gee, should I be worried? Now I’ll be awake all night wondering how I can be possible be sleeping when I have so much wrong with me.

Actually, people need to get an adequate amount of sleep in order to be able to function, at least that’s the story I’m going to use. I think I’ll just stick with my old habit of catching Z’s when I can. I believe there is a name for people who think they have every illness they hear of.

Now, if you don’t mind, could we continue this discussion later? I’m starting to feel sleep deprived and it’s time for my power nap.

My stories are about daily life and the funny things that happen to all of us. My columns have been published in numerous newspapers, magazines, anthologies, and websites.
View all posts by Sheila Moss →
This entry was posted in Health, Humor and tagged Bedtime, Counting sheep, Hypochondriac, Narcolepsy, Restless leg, sleep apnea, Sleep deprivation, Sleep disorders, Sleep problems, Sleeping, Tossing and turning. Bookmark the permalink.

4 Responses to To Sleep or Not To Sleep