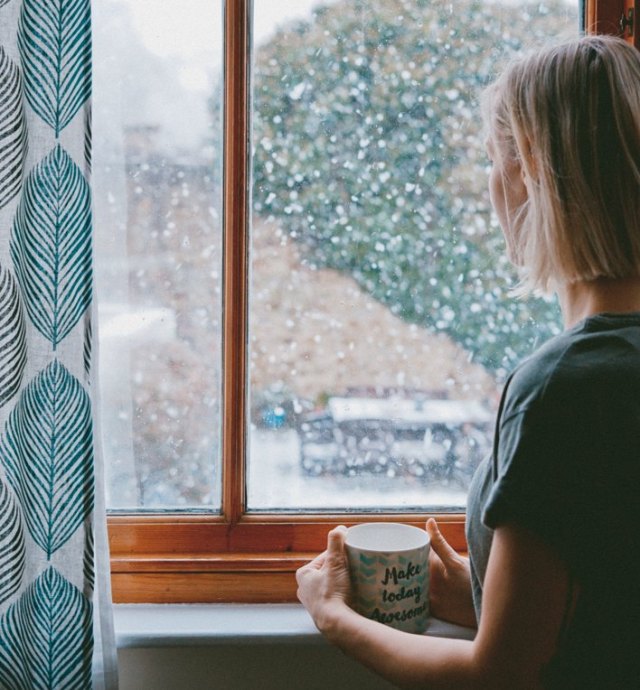 Winter wouldn’t be so bad except for the weather. Even though the stupid groundhog didn’t see his shadow, winter dreariness didn’t get the memo. December is gone and January bleakness has faded into February’s harshness.

Not even a romantic holiday like Valentine’s Day, or the numerous other holidays in February, can fix a cheerless month whose only redeeming factor is that it is short.

As winter sets in, so does cabin fever – not to be confused with Saturday night fever, an entirely different thing. Cabin fever is that winter syndrome that makes you feel so cooped up and stir crazy.

Here are a few of the tell-tell symptoms:

— The once cozy fireplace has now turned into an ash-belching bat cave.

— The TV has only one program that seems the same on every channel regardless of how many channels on the satellite.

— Your rooms grow smaller and smaller with each passing day until you are sure you will be squashed into a Rubik’s cube with eyelashes.

— Cold chills cause shivers and you are wearing that warm, fuzzy bathrobe that you used to think was tacky, but now think is great.

— Floating cat hair and dust mites drift around in the recycled air that you breath and make you sneeze.

— You try to think of things to do to get out of the house when there’s really no place to go, nothing to do, and besides it’s too cold outside anyhow.

— TV’s, stereos, vacuum cleaners, dishwashers, barking dogs, and other domestic sounds echo through your head like a bowling alley on Friday night.

— Toys, papers, shoes, umbrellas and other assorted clutter lay scattered about so that you have to tiptoe around it and pretend you don’t notice — or maybe clean it up one of these days.

— You are the captive of a weather-imposed prison, and there is nothing to do but grin and bear it – or bust the budget for a Caribbean cruise.

— You are sick of surfing the Internet, looking at magazines, reading books, and cooking and would love to go out for a nice long walk if your nose and toes wouldn’t freeze.

— You grow weary of looking through foggy windows, and walking on carpets that are almost as crunchy as potato chips.

— Your family is grumpy from smelling each other, and each other’s other, over and over again.

— You’ve run out of ways to entertain the kids and they are hyper and won’ t settle down to the usual books, toys, and games but would rather rabbit punch each other instead.

— The houseplants curl up and turn yellow from lack of humidity — or lack of interest in living.

— Sheer boredom turns life into a black and white movie and you are the star without makeup, credits or the academy award you so richly deserve.

If all this seems strangely familiar, you too may suffering from cabin fever. Fortunately, there is an inexpensive cure if you can’t afford a vacation and becoming a snow bunny is not your style.

And all you have to do is wait about six weeks for a time when groundhogs are a distant memory, flowers bloom, the sun returns and snow bunnies become beach bunnies.