My Can Runneth Over 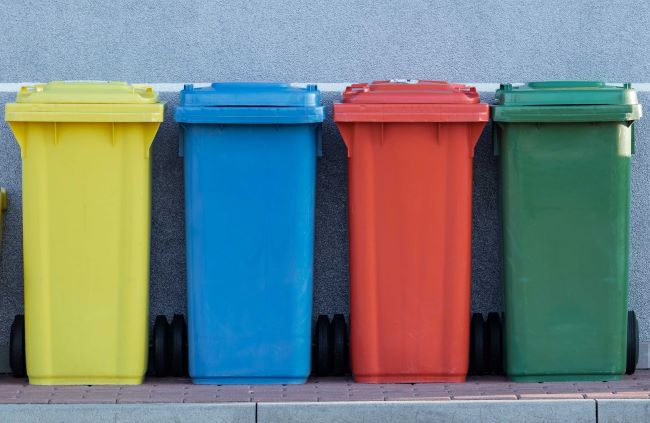 Today I have recycling on my mind. It seems that we do way too little of it. If you have some good suggestions for things lazy people might do to create less trash and save the environment — other than quit being so lazy — feel free pass them along.

I don’t know where it all comes from, but it seems that I am carrying out more trash lately than ever before. I don’t think I’ve suddenly started using more consumer products, at least not enough to account for my growing trash collection.

A lot of it comes in the mail. I’ve found myself throwing away more and more unopened mail even though I’m on every “do not contact” list I can find. I get an annoying number of catalogs. I think businesses could save consumers a lot of money if so much was not spent on printing colorful advertisements.

Some of the trash is thrown in the driveway disguised as the local newspaper. The paper is four pages long with a few articles and a lot of ads. Then there are the enclosed circulars for grocery stores, drug stores, fast food, or whatever. It’s hard to believe they are still actually calling it a newspaper.

The other thing ending up in the trash can is product packaging. A sealed bottle is inside a cardboard box wrapped with cellophane. By the time you finish peeling it, you wonder if there is anything inside at all. Product tampering has caused some of the extra packaging. The rest of it I don’t understand.

The things that need more packaging seem not to have it. Take cookies, for example. They come wrapped in thin cellophane, Once opened, the package cannot be closed. Lately they have started putting a flimsy sticky flap to reseal the package. Why don’t cookies come in a Ziplock bag so they do not get soft before they are eaten?

Other snacks are just as bad. Potato chips are impossible to get home without being crushed and once open they cannot be closed. But kitty litter comes in a sturdy plastic jug or a hard plastic bucket that is used once and then goes to the landfill.

Some trash can be recycled. I save aluminum cans and donate them to a charity that recycles them. Some plastic bottles can be recycled and some paper, but around here you have to haul all the stuff to a recycling center. I have heard of cities that have curbside pickup for recycled items. Where I live, you are lucky to get the trash picked up at all.

So, I keep throwing it out and throwing it out, two large trash cans per week, wondering where it all comes from. I feel guilty and wasteful for polluting the environment, but not guilty enough to spend half my weekend hauling it to a recycling center.

I read an article on uses for old newspapers, everything from lining the hamster cage, to cleaning windows, to shredding it for mulch, to rolling it up for fireplace logs. I wonder how much of the excess trash is actually from old newspapers any more since a lot of news is now delivered electronically.

I wish they could come up with a practical use for some of the other stuff. Even if you reuse something like a plastic grocery bag, it ends up in the trash can sooner or later. And some things are labeled “do not reuse” like bottles of water.

Cardboard boxes need to be taken to the convenience center. I don’t know what they do with them there, recycle them I hope. I do not have that many large boxes except when I am seduced by Amazon and order something by mail. No wonder landfills are so large and so full. Multiply my trash by the population of the U.S. alone, and it is quite a problem, indeed.

I am quite certain that someday an archaeologist of the future will dig up our remains and say, “Too bad about the people of the twenty-first century. They were a thriving civilization until they buried themselves in their own garbage and became extinct.”

My stories are about daily life and the funny things that happen to all of us. My columns have been published in numerous newspapers, magazines, anthologies, and websites.
View all posts by Sheila Moss →
This entry was posted in Environment, Humor and tagged Aluminum cans, Circulars, Curbside pickup, Do not contact, Garbage, Junk Mail, Pollution, Product packaging, Recycling, Solid waste, Trash, Water bottles. Bookmark the permalink.

1 Response to My Can Runneth Over