I hate to complain, but… 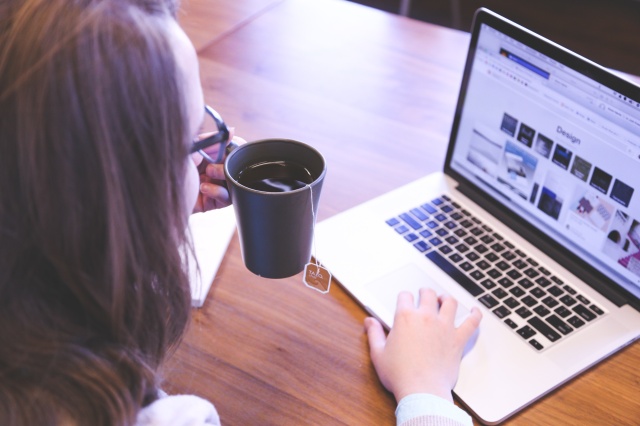 Have you been unsatisfied, done wrong, or felt cheated by a company and sworn you’ll never do business with them again?  Of course, you have.  We all have.  But did you do anything or just let it go?  If you’re like me, its hard to find an address, set down and write a letter, find a stamp, mail it, and wait forever for a reply. You’d rather just chalk ’em off your list and deal elsewhere.

I’ve been reading an article on corporate responses to customer’s email.  I must admit that I’ve found complaints to customer service via email to be pretty effective.  Nearly all the larger corporations have web sites nowadays and someplace on that site there is usually a button saying, “contact us” or  “customer service.”  I love it because I can sit down while I’m still gritting my teeth and write to the head honcho.  I have had some amazing results.

I once purchased a nice cheese box to be shipped to my sister. She received the gift in good condition and on time – but there was no card telling her whom it was from. Spend money on a gift and trust a company to send it, then the receiver does not know whom it’s from?  Thanks goodness I thought to ask her if she had received it.  (Hope she wasn’t too disappointed it was not a secret admirer.)

Anyhow, I did my thing, found the web site and sent an email to customer service. They later emailed me back, apologized for the error, sent an apology card to my sister, and sent me a coupon for $5.00 off on my next gift purchase. Instead of just being mad and never buying their dumb cheese again, (Actually, they do make pretty good cheese.) they were given a chance to make up to me for the mistake and won back my loyalty and business as a future customer. Once I received a full refund of $200 for a seminar that I went to and found totally stupid and useless — seems the company guaranteed satisfaction.

According to an article I recently read about a survey of companies and how they respond to email, Texaco was fastest in their replies; Hewlett-Packard took about 30 days (Not so hot), and MCI may never respond.

I can’t think of company that I’ve ever had to write that did not respond. A few times they even called me personally.  I give my name, address, and phone number so they will know I’m not kidding. I’m sure there are probably some companies out there that do not have a good record, though. These are the ones to put on your “never again” list.  If it’s really bad, you might write Better Business Bureau or the FTC and see how they like “them apples.”  Legitimate companies want you to be satisfied.

Remember: Without customers, they are out of business!

Now, I’ve written on this topic before, and other people tell me they have had good results from legitimate complaints by giving the details, and sending it right to the top.  Email makes your complaint a matter of written record and saves the time and trouble of a phone call, which may not even be recorded, or a confrontation with a sales clerk who may not have the authority to fix the problem.

Sure you’ve got better things to do than complain, but your complaint may bring financial compensation, and/or make things better the next time.  At the very least, you’ll have the satisfaction of giving ’em a piece of your mind — for free!

My stories are about daily life and the funny things that happen to all of us. My columns have been published in numerous newspapers, magazines, anthologies, and websites.
View all posts by Sheila Moss →
This entry was posted in Humor, Uncategorized and tagged Better Business Bureau, Compensation, complaints, Consumer Issues, Customer Service, email, Gripes, Guarantee. Bookmark the permalink.

2 Responses to I hate to complain, but…