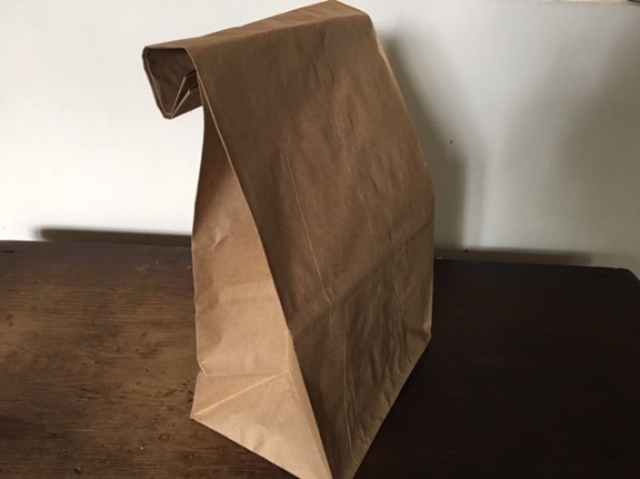 My honey was on a diet.  He was doing pretty good, losing weight, and wasn’t too cranky any more since he got used to it. It was a nutritionally planned and balanced sort of thing, not a crash diet. He was on the … well… shall we say “fluffy” side. Since starting the diet, his blood pressure has gone down, his cholesterol is normal, and his clothes have all become large.  He looks great!

Anyhow, today he left home for the office before I did. As I closed down my computer and got ready to leave, the phone rang. I immediately knew it was trouble – nobody calls at that hour of the morning.

“I forgot my lunch,” said the voice on the cell phone at other end.

It seemed like a small problem. It so happens we work close to each other. Often we even share a ride, but this particular day we were commuting separately due to after work commitments. Shows how dependent on me he is, I thought. He can’t even remember his own lunch if I don’t put it in his hand…  MEN…!

Dutifully, I rescued his lunch and mine from the refrigerator and toted them in to the office. I always “brown bagged it.” Though I was not on a diet, the daily fare of grease in the office cafeteria and the fast food alternatives are just not what I wanted to eat every day. Fortunately, we had a refrigerator at the office where we could keep lunches, so I deposited them there. I figured when he had a break in the day, he would come by.

Then things at the office began to get hectic as they usually do. The speakerphone in the conference room died, and I had to run all over the office looking for another empty conference room with a phone that was working. It was necessary to rework all the careful plans I had made two days before to try to be sure that a crisis like this wouldn’t happen – so much for planning ahead.  By the time I “put out the fire” and got back to my desk, there was a note on it.

Uh, oh, I missed him. Well, sorry, but it couldn’t be helped. There was also a note with his name and phone number taken by the secretary who answered the phone while I was out having my little fun crisis. I figured he must have called before he came, so I didn’t call back as things were really starting to pile up, the emails were flying, and phones ringing.

An hour or so later the phone rang and I answered it.

“Why didn’t you call me?” said the terse voice.

“Well, I thought you were coming back to pick up your lunch.”

He was like a raging bear without food. I could tell he was angry.

“Okay, but I’ve got to leave again after while. I have an appointment to get my allergy shot during lunch.”

“In the office fridge.”

“I don’t know where the refrigerator is. Just put it on your desk when you leave.”

“Your yogurt will melt!”

“I can’t help it, just put it out. I have to have something to eat!” he snapped.

Only a man could turn a minor thing like a sack lunch into a major crisis. No point arguing with a hungry bear. Being a man, he could not possibly ask someone for help or directions to the refrigerator. So when I left to go the employee clinic, I put his lunch out on my desk. When I came back, it was gone. I guess he had wilted salad and melted yogurt for lunch. Boy, is he gonna be mad tonight!

Somehow I just know this is all going to turn out to be MY fault. It’s ALWAYS the woman’s fault, isn’t it? Even though it is the MAN who forgot his lunch in the first place. Should I strike a blow for women’s lib, I wondered, or just let it go? Blame, the woman – just like a man!

Later, at the dinner table that evening I asked, “How was your lunch?”

“Okay,” said he, seeming not to remember.

Pressing the issue, I asked, “Whose fault was the problem today?”

I couldn’t believe my ears! How can I be militant and stand up against the unequal treatment of women when he refuses to be a chauvinist? Just my luck, all wound up and nothing to yell about.

Could it be that men are not so bad after all?

My stories are about daily life and the funny things that happen to all of us. My columns have been published in numerous newspapers, magazines, anthologies, and websites.
View all posts by Sheila Moss →
This entry was posted in Humor, Work Humor and tagged Assumptions, Brown bag, Chauvinist, Food, Forgetting, Lessons, Lunch, lunch bag, office humor, Paper bag. Bookmark the permalink.

12 Responses to The Brown Bag Crisis