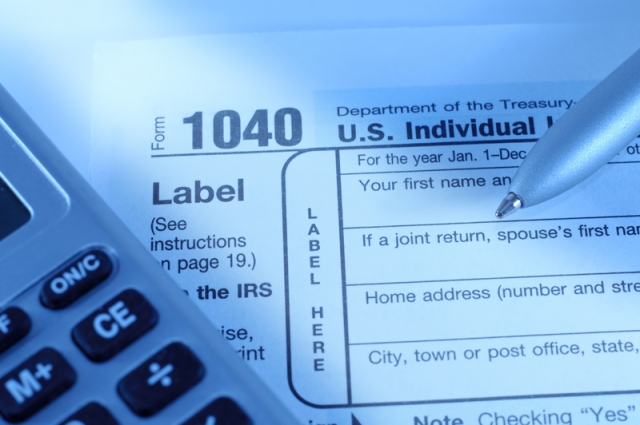 There it was in my mailbox.  The dreaded official looking envelope with the hateful return address, “Internal Revenue Service.”  What could this be, I wondered?  A thank you letter from my Uncle Sam?  No, he doesn’t send thank you notes for paying what is perceived as due him.  He doesn’t send love notes either.

He DOES send party invitations – only he calls them “tax audits.”  With trembling hands I picked up the envelope. Oh, God!  I’m being audited!  I instantly felt a sense of dread.  I hate dealing with all that financial stuff anyhow. I’m creative, not detail oriented.  I thought I had sorted all the deductions and credits and shuffled my official papers for the last time this year.

I had carried my brown envelope of receipts faithfully to my tax accountant, unable to deal with the torture of filling out a return myself. I brainwashed myself into believing that “CPA” after the tax preparer’s signature was insurance to keep the auditors away, similar to the way the cross is protection from Dracula.  So much for that fallacy.

I coughed up my tax dollars, sent in my neatly prepared return and filed away my receipts in the legal folder way back in April.  So what now?  Visions of hungry auditors danced in my head like demons. I made my quarterly payments – on time. What did they want?  Blood?  I rushed to the files where I keep important papers, head spinning. I must have made a terrible error some place.  I thought I had been careful. I meant to be careful. What if I hadn’t been careful?

I recall the time years ago, in desperation for a job, I went to interview with the IRS. No joking around there. By the time I got out, I felt like I’d been audited, though I’d actually only been interviewed. I must have flunked miserably because I didn’t get the job, or even a second interview. Thank goodness it was a job and not an audit. I’d probably still be paying.

In my limited circle of acquaintances, the people who seem to get in the most trouble tax wise are those that are self-employed or try to run their own small business, make a few bucks, and don’t have the expertise or inclination to keep up with things adequately. It all goes okay for a while, then one day the IRS catches up with them. By then they are thousands in the hole, the business has gone under from poor management, and they are broke. They cut a deal for payments and end up paying every month for the rest of their natural life.

I couldn’t be thousands behind.  No way.  I even hired an accountant.  I’m a good American.  I pay my taxes.  God bless the USA.  Where’s the flag?  So what is this danged envelope doing on my table?

Okay, I’ll open it. Hum, doesn’t mention anything about an audit. Five pages long, very impressive. None of it makes much sense, though. Sounds legal. They must send the same word processing letter to all of us tax evaders… er… citizens, whether it applies to our particular case or not. They just fill in the different figures from individual returns.

“We have refigured your taxes.”

Delightful and what possessed them to do that?

“You claimed an incorrect amount as credits.”

I’m so happy it isn’t an audit, I practically kiss the envelope and can’t wait to send the $146 (including penalty) and get them off my back. Never mind that I can’t figure out what I did wrong.

“If you think we made a mistake, please call us,” it says.

Oh, right!  I’m gonna argue with the IRS and get audited every year for the rest of my life.  Funny thing, though, the money they say I owe was from the rare time that I ever actually received a refund. It was suppose to be applied to the next year’s taxes. It says so right there on line 67. I just don’t get it.

I stew for a while, and finally decide I’m paying an expert. If the CPA can’t protect me from Dracula, maybe she can at least explain the bite marks. So, a desperate FAX and a phone call later, and guess what?  She doesn’t get it either.

Easy for her to say.  I’m the one going to jail.

“Give me your power of attorney.  I’ll call them.”

My stories are about daily life and the funny things that happen to all of us. My columns have been published in numerous newspapers, magazines, anthologies, and websites.
View all posts by Sheila Moss →
This entry was posted in Finance, Humor and tagged CPA, Deductions, Income taxes, IRS, Quarterly payments, Receipts, Self-employment, Tax audit, Tax payer, Tax preparer. Bookmark the permalink.

9 Responses to Bless the IRS