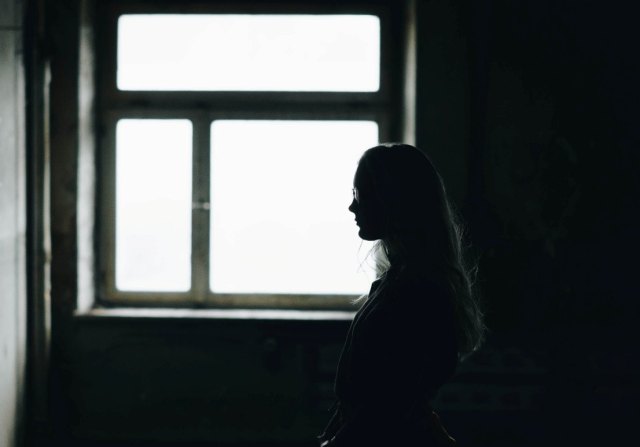 It was a close call, you see. I woke up in the middle of night to the smell of smoke. In my sleepy haze, I thought to myself, “Who’s smoking?” Then I woke up a bit more. Wait a minute, nobody smokes here! “Must be a burglar,” I thought, still half asleep. But, burglars don’t take smoke breaks.

Suddenly I was awake!

Stumbling around in my nightgown, I checked the entire house for the source of the smoke. I looked in the attic. I opened the closets. Nothing. I looked outside – still nothing. I decided the smell must be a back draft from the chimney. The next morning, still puzzled, I decided I might as well go to work. No reason not to go … I thought.

When I came home from work that evening; however, the unmistakable smell of smoke hit me as soon as I walked in the door. I know the thermostat was set at 65, “Why is it so hot in here? It’s 80 degrees!” I tried to turn off the furnace and nothing happened. “My gosh, the furnace is malfunctioning, I need to call the furnace company – FAST!”

Naturally, the company was closed for the day. “If this is an emergency, press 0 says the recorded voice.” I pressed 0 and waited. Twenty rings later, an answering service picked up. “What is the problem?”

“Is this an emergency?”

“Someone will call you back,” said the answering service.

Again I tried to turn off the furnace, again with no luck. The phone rang, and I explained the problem to the repairman as calmly as I could.

“Can it wait till tomorrow? You will have to pay overtime if I come now.”

Overtime? What did that matter? The furnace was going to blow up! “I need somebody NOW!”

“Why don’t you pull the breaker?” he persisted.

It occurred to me about that time to go outside and have a look. I don’t know why I hadn’t thought of this before. The exterior type unit is located on the far side of the house where it can’t be readily seen. As I rounded the corner, I was horrified! A bale of charred and blackened straw was lying against the unit’s exhaust! I begin tugging at it in a panic. It disintegrated as I pulled away handfuls of burned straw.

I decide to get help. My honey, was on the phone. “I need your help!!” I yelled. He continued to talk. “I NEED YOUR HELP!! How he could sit there calmly talking on the phone when the house was 80 degrees, full of smoke, and ready to burn down is beyond me.

“I’m talking to the income tax accountant,” he says, as if that should explain everything.

Finally, it sunk in.

I grabbed shovels and we finished getting the smoldering straw away from the furnace. A night or two prior, there was a windstorm and it was very gusty all night. It must have blown the bale of straw against the furnace. Who would have figured?

We were filthy and must have looked like a couple of forest fire fighters by the time the furnace company finally showed up.

“I think we found the problem,” I told the repair person.

It could be worse. MUCH worse! If the hay had ignited instead of smoldering or if carbon monoxide had backed up inside. And the natural gas line was blackened. Well, I’d just rather not think about it. The furnace was saved with minor repairs and a major cleaning. My entire house now smells like a smokehouse or a pit barbecue, I’m not sure which.

“You were lucky,” said the repairman. Never keep anything flammable anywhere near a furnace.”

This is almost too embarrassing to admit. Have you ever done anything this stupid or am I the only one?

My stories are about daily life and the funny things that happen to all of us. My columns have been published in numerous newspapers, magazines, anthologies, and websites.
View all posts by Sheila Moss →
This entry was posted in Home, Humor and tagged Bales of straw, emergency, Fire, Fire dangers, Fire fighters, Flammable, Furnace, Malfunction, Repair, Smell, Smoke, Soot, Windstorm. Bookmark the permalink.

6 Responses to Where There’s Smoke…

It's like a comic strip ... but without the drawings.