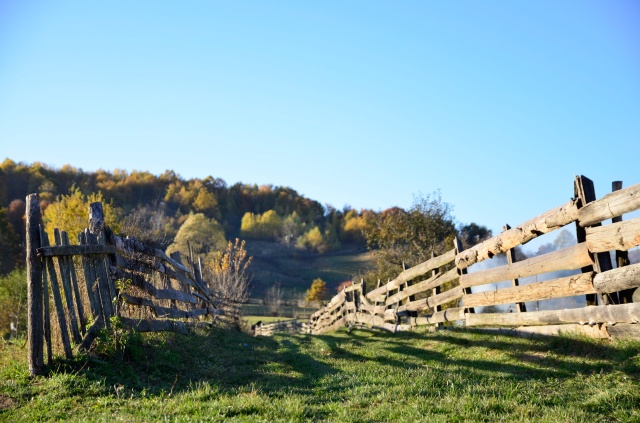 After watching Survivor’s umpteenth episode on television the other night, it occurred to me that if these folks think they are survivors, they ought to live in the South where surviving has been more than a game; it’s a way of life.

Survival? Try taking a short cut across the back lot behind ol’ Mr. Jones’ house if you really want to be a survivor. You will learn to survive really fast to when being chased by his ornery old bull. And if the bull doesn’t teach you anything, chances are Mr. Jones’ pit bull will.

Southern rednecks knew about survival long before it became a reality television show. Survival wasn’t a game though, it was a way of staying alive. Southerners suffered though poverty and hardship for a hundred years – not to mention chicken floggings, outhouses, barbwire, and cowpies.

Down South no one is expelled from a clan except maybe a few politicians, which are sent up to Washington. But they ask for that. They usually don’t stay long enough for anything except a couple of filibusters until they come back home.

Southerners also learned to survive the Yankees that move down here because they think the climate is better. Funny how the first thing someone from the North does when they move down South is try and change people to be like them. You’d think as much as they dislike us, they’d want to stay up yonder where they belong.

Southerners don’t get immunity from anything, especially hard work, no matter how many votes are in our clan. It’s just as well since we don’t have any shark jaw necklaces like they do on TV.

If Southerners wanted to play games, we could use bandannas to identify teams. They come in both red and blue. But, they are just big handkerchiefs to us and mostly used for working and sweating. We don’t have anything fancy with a redneck logo on it.

Looking for food to survive would be easy. Southerners are used to hunting, fishing, eating wild greens and berries and other unusual food. It’s part of the heritage. The South figured out survival and living off the land a long time ago from necessity. We can even eat kudzu if we have to.

Nobody gets a million bucks for surviving as a Southerner, only a chance to continue surviving. We don’t have much time for playing mental games or planning strategies to outwit each other. Trying to work and make a living is challenge enough for most good ol’ boys and gals.

Southerners have learned to take it slow and easy and to cooperate with each other instead of competing. There is a lot of good music, good neighbors, and good fun. If someone else strikes it rich, maybe they can loan us a few bucks to buy gas for the truck until payday.

So, that’s the Southern take on this Survivor stuff. Thanks goodness real life isn’t reality television. There are enough folks trying to outsmart and outwit their neighbors. Most likely I will just stick to watching shows that make sense and let other folks figure out Survivor.

NOTE: This is my lame attempt at Southern humor and not intended to be offensive to anyone. I’m Southern too. Just so you know.

My stories are about daily life and the funny things that happen to all of us. My columns have been published in numerous newspapers, magazines, anthologies, and websites.
View all posts by Sheila Moss →
This entry was posted in Entertainment, Humor, Southern Humor and tagged criticism, Hardships, Heritage, Lifestyle, parody, satire, Self-depreciation, Survival, Survivor, TV shows. Bookmark the permalink.