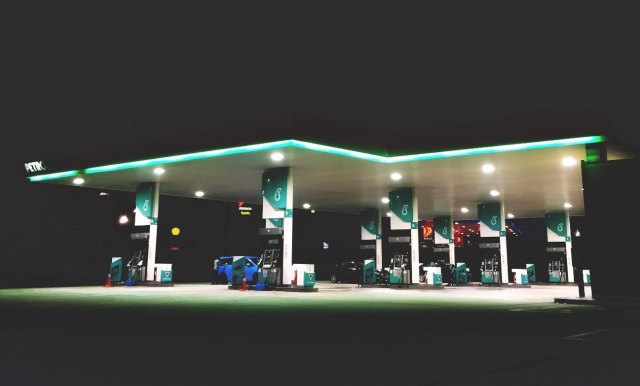 I am not going to write a column on the high price of gasoline! Who cares what the price of gasoline is? Well, my honey cares. Every time we drive past the corner station, he complains. “Look at that!”

“What?” I reply, feigning interest.

“Look at those prices! It’s two cents more than yesterday! I’d better fill up before it goes up again.” Funny, I always think that it might go down, which shows how little I know about economic matters.

I know prices must be bad when all the papers say so. I use super premium, so the price sounds about right to me. Of course, super premium will be even higher now too. In our area the gas price is below the national average. We should be happy, shouldn’t we?

And then, there is the way the economists attempt to explain it. “The price of crude oil remains high per barrel.” Wait! REMAINS high? That means it was high already, doesn’t it? So, that doesn’t explain the sudden increase. If it was already high and remains high, the price should be the same, shouldn’t it? I suppose I just don’t understand economics.

Well, how about this one: A pipeline broke decreasing the amount of crude oil available. Because they do not have enough oil in one state, they pull from the available resources elsewhere, which makes the supply lower everywhere – or so the story goes. We don’t have enough crude oil to maintain an adequate supply? It must cost more because there is less? That’s the law of economics. But we have pipeline breaks, and refinery fires every once in a while. Couldn’t they factor that in? Some state must be using a heck of a lot of gas if they deplete the whole country when a pipeline breaks.

Finally, the economists blame it on holidays and the greater demand. When people want something, they are willing to pay more. People are not conserving and people are not staying at home. It’s the law of supply and demand again, also known as the law of greed to those of us who don’t understand economics. The more we need something, the more we can be gouged is the way it looks to me.

Yes, I know the price of gasoline affects the transportation of goods and this loss of revenue is eventually passed on to the consumer in the form of higher prices. Why did you have to bring that up? Anyhow, after the holiday is over, the demand is expected to go down and so will the price. But, six months from now the price of food will go up in the supermarket and economists will say, “It’s because of the high gas prices last August.”

The conclusion seems to be stay at home and not buy the overpriced gas.

And that’s why I’m not going to write a column about the price of gasoline. You won’t listen to me anyhow. So, quit grumbling, pay their inflated price, and you will hardly notice the difference. It’s only an extra two or three dollars per tank.

When the price of goods goes up, blame it on economics instead of greed. And don’t expect me to write a column about that either!

My stories are about daily life and the funny things that happen to all of us. My columns have been published in numerous newspapers, magazines, anthologies, and websites.
View all posts by Sheila Moss →
This entry was posted in Automotive, Humor, Rants and tagged Costs, Crude oil, Economy, Gas Prices, Gasoline, High Prices, Pipeline, Supply & Demand. Bookmark the permalink.