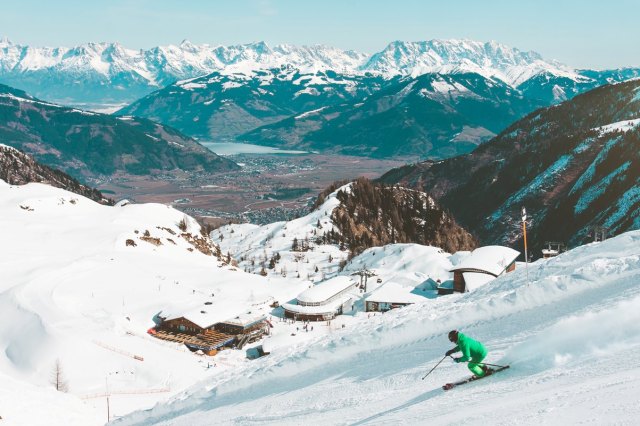 Photo by Daniel Frank on Unsplash

Are you watching the winter Olympics on TV? There are sport disciplines in seven sports and it seems that NBC is determined to cover them all. Medals are up for grabs. We will become intimate with many sports, such as, the luge, half-pipe, and slalom, some of which we try to forget even exist except in the Olympics.

As a public service, I will attempt to explain some of the key events.

First, we will talk about the sliding events. I’m sure there is a skill involved in these sports, but it is difficult to know what it is. Take the luge; please take the luge. This involves lying on a sled and sliding down an ice-covered chute, sort of like a water slide park in winter. Flip the luge over, and you have the skeleton, riders going down the icy chute headfirst at speeds of 80-90 mph. Those who survive win a medal and a free brain surgery.

Then there is the bobsledding (a.k.a bobsleighing) event. Bobsledding is an unending, night after night competition. First is two-man, then four-man, then six-man and eight-man, bobsledding backwards, bobsledding upside down, and freestyle bobsledding where bobsleds slide off a steep ramp and turn flips in the air. Bobsled dancing is coming soon.

One of the most popular sports at the winter of Olympics is skiing. Freestyle skiing has five subdivisions: mogul, arial, ski cross, half-pipe and slope style, known informally as bumps, jumps, thumps, stunts, and lumps. In addition, there is downhill skiing called the slalom, which is a Norwegian word for zigzag, not to be confused with the Jewish word shalom.

Cross-country skiing is self-explanatory. When combined with rifle shooting, it becomes the biathlon. There is no triathlon, quadathlon, pentathlon, hexathlon, decathlon, polyathlon or other-athlon, probably because so many guns in the hands of losers could turn into an act of terrorism.

Snowboarding repeats all the events in freestyle skiing on a skateboard without wheels. It still resembles the local skateboard park. Give these long-haired, droopy-drawers wheels, and there is no telling how many medals they could stack up for the US while still managing to hold up their pants by snowboarding upside down.

Skating events are diverse and include hockey and speed skating. Speed skating requires you to be able to skate with one hand behind your back while dressed in rubber diving suit. Hockey is only interesting as long as your team can cheat better and more than the teams of other countries.

The oldest Olympic sport is figure skating. Figure skaters must be able to twirl round and round with one foot over their head without getting dizzy, falling down, having a wardrobe malfunction, or tripping over bouquets of flowers. The skaters must not only be technically perfect, but they must also be graceful and beautiful. Skaters dress in glittery, designer skate dresses and glue rhinestones on their eyelids. Judging is done by a point system so complicated not even the judges understand it, leading to much controversy over why the Russians always win.

Olympic sports coverage is not complete without the Scottish sport called curling. It has nothing to with styling hair but is about sliding rocks across the ice. The team’s housekeepers sweep the ice with brooms to keep the rocks from getting dirty, making it one of the cleanest sports in the Olympics. I would explain more, except no one except Scots and Canadians really understand it.

So, that’s the gist of the Olympic Games, except for counting the medals awarded to the athletes with the most sunburned noses and flowers. By the way, the gold and silver medals are both silver, but the gold one tastes better when bitten.

My stories are about daily life and the funny things that happen to all of us. My columns have been published in numerous newspapers, magazines, anthologies, and websites.
View all posts by Sheila Moss →
This entry was posted in Humor, News & Current Events, Sports and tagged Biathlon, Bobsledding, Curling, Figure skating, Gold Metals, Luge, Olympic Games, Olympics, Skiing, Snowboarding, Speed skating. Bookmark the permalink.

9 Responses to Explaining the Winter Olympics