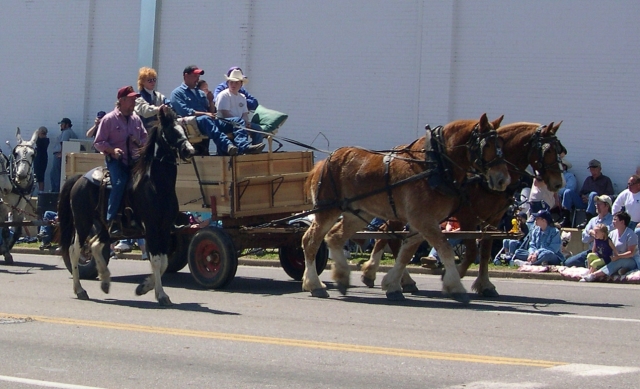 One of the biggest mule related events in the country is right here in Tennessee in Columbia, not far down the road from Nashville. I had never been before, but since it was nearby, I felt it was my responsibility as a humorist to go see it so I could report back to you. I had never seen so many mules in one place in all my life – big mules, little mules, black mules, white mules, even a few spotted mules.

Mule lovers from all over the country came to show their mules and compete in mule contests. One of the bigger events was something called “pulling mules.” It consisted of hitching up a team of mules to heavy weights and trying to see which team could pull the most weight. It was actually a spectator event.

At one time, Columbia was a big center for breeding, trading and selling mules. It seems that mules are unusual in that they cannot reproduce in the usual way and each mule is produced by cross breeding between a donkey and a horse. This creates a constant mule market. If you didn’t know that before, don’t feel badly. Neither did I.

Columbia’s Mule Day started way back in the 1840’s when farmers came to the livestock and mule market. Mules were stronger than horses and able to pull plows, draw wagons and provide transportation. Mules were work animals, especially important in the development of the country before motorized vehicles. A good mule was a farmer’s most valuable asset.

Mules in this country go back as far as George Washington, who was not only the father of our country, but was also the father of the mule industry. It seems that the first breeding donkey in our country was a gift to him from the King of Spain. No, I’m not making this up, and it isn’t nearly as dubious as the cherry tree story anyhow.

Before my mule encounter, I thought all mules were brown, but they are as varied as the horse species that are used to produce them. I wanted to take some close up photos of the various mules in the livestock pens, but the mules kept turning their backsides toward me. I think they saw my camera and did not want the flash in their eyes. That’s my story anyhow.

Over 200,000 people come to Columbia for Mule Day. Can you believe it? Mingling elbow-to-elbow with country folks in coveralls and tractors hats, trying not to sneeze from the hay or step in anything awful, I decided that I might skip this part next time and just go for the parade. I especially liked the parade since those mules were dressed in their finest gear and also hitched to wagons so they could not turn their backsides towards me.

Mules have a reputation for being stubborn, but mule experts say this is not true. Mules are actually highly intelligent, smarter even than horses. Mules know when they are tired and it’s time to quit — so they do. I’ve learned a whole lot more than I every wanted to know about mules, but have come to appreciate them in a way I never did before. However, the most beneficial thing I’ve learned from mules is that when you are tired, just quit. 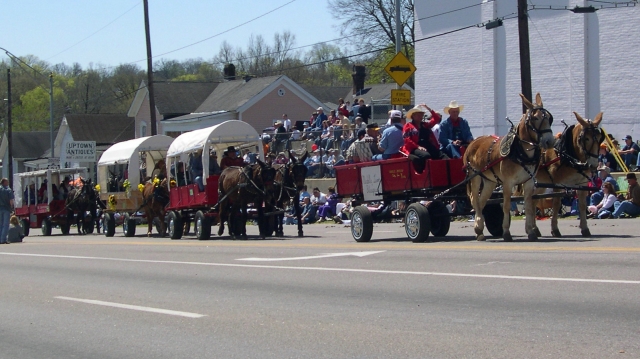 My stories are about daily life and the funny things that happen to all of us. My columns have been published in numerous newspapers, magazines, anthologies, and websites.
View all posts by Sheila Moss →
This entry was posted in Creatures, Entertainment, Humor and tagged Breeding animals, Country folk, Just quit, Mule contests, Mule Day, Mule industry, Mule market, mules, Parades, Pulling mules, Tennessee, Work Animals. Bookmark the permalink.