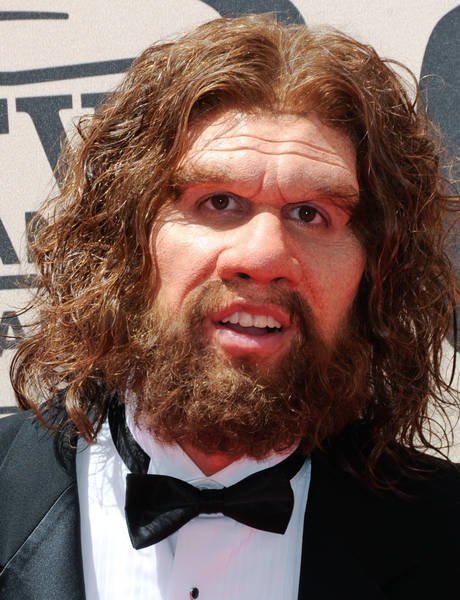 One day I was down at the local Wal-Mart, rushing around on my normal Saturday grocery trip and trying to avoid bumping into the other shoppers with my cart. As I turned a corner on two wheels, I looked up and what do I see but a guy that looks just like Caveman.

Now, I’m sure you remember who Caveman is. In fact, is there a person alive that does not remember who the Caveman is? Yes, I’m speaking about the one in the TV insurance commercials. He’s became almost as famous as Mr. Whipple was back in the 60’s — for a different product, of course.

I was smiling in my head and thinking that probably I was the only person in the entire world that would think that poor, harried guy looked just like Caveman. I really need to stop watching so much television, I thought.

However, about that time, I heard a tiny voice behind me coming from another cart being pushed by another shopper.

“Daddy, daddy,” the voice squealed, “I saw Caveman!” Yes, he looked so much like Caveman that even a child could see it.

Now, had I been the ambitious sort of columnist that I should be, I would have made an immediate U-turn with my shopping cart and chased down the Caveman look-alike for an interview.

“Do people ever tell you that you look just like Caveman?” I could have asked.

“How does it make you feel to know that if it’s easy enough, even a caveman can do it?”

“Do you enjoy being a caveman type?”

“By the way, what kind of car insurance do you have?”

However, in my wild pursuit for my favorite chocolate flavored yogurt from the refrigerated section, I blew it entirely and missed opportunity of a lifetime. It’s probably just as well, though. What if he had hit me over the head with his club?

The “real” Caveman, the one in commercials is thought by some ladies to be handsome. I can’t see it myself, but maybe I just don’t like caveman-types.

Probably it is his sweet and sensitive disposition which women find attractive instead of his hairy looks. It probably also helps that he doesn’t go around in animal skins, and that he walks upright instead of on all fours.

Cavemen have done a lot for the world, you know. They discovered fire, invented the wheel, wrote the first language on the walls of their caves, and were the inspiration for Flintstones cartoons. The TV caveman is insulted by comments that suggest he is somehow less than intelligent because of the way he looks.

Obviously, there is a message here about something more than insurance. Caveman represents a group of people that other people do not understand and treat in an insensitive, cruel or uncaring way. It makes you wonder who is really primitive and who has actually evolved to a higher intellectual level.

But, anyhow, I finished my grocery shopping and waited in line to checkout. I never did see the caveman again. Probably he went out through the self-checkout lane. I really hate those self-checkout lanes and have never quite been able to figure them out.

Yes, yes, I know what you are thinking — so easy a caveman can do it.

My stories are about daily life and the funny things that happen to all of us. My columns have been published in numerous newspapers, magazines, anthologies, and websites.
View all posts by Sheila Moss →
This entry was posted in Humor, Shopping and tagged Caveman, Geico, grocery store, Insurance, Interview, Look-alikes, TV commercials. Bookmark the permalink.

4 Responses to The Caveman