Opry at the Ryman 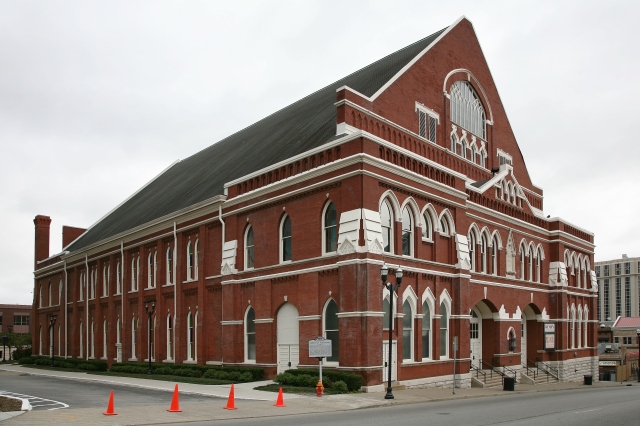 Well, I did it again.  I went to the Grand Ole Opry. Just shut up about it – this is Nashville, after all.  Cheapest entertainment in town – they really give your money’s worth with a long continuous show.  Ticket prices are low to stay in the price range of us “common folks,” the ones who supposedly support the country music industry.

Somehow, I always seem to find my self defending country music just because I live in Nashville.  It seems to be a love or hate sort of thing, and country music makes an easy target for criticism, music with a Southern accent and rural roots.  I couldn’t stand it either when I first moved here, but eventually it did get through to me.  In Nashville, you either listen to country music or you don’t listen to anything.  I’d like to report that I saw the entertainers with my very own eyes.  That twang is really natural and they do not hold their noses or use clothes pins to sound like that.

Probably the most interesting aspect of this particular show was that it was at The Ryman Auditorium, the “mother church of country music,” as we were reminded numerous times.  To tell the truth, we didn’t really need much reminding as the hard wooden church pews that we were setting on was reminder enough that the old auditorium, traditional home of the Opry, was once a church in another life.  After the Opry moved on to better digs, the Ryman fell to near ruins.  It was rescued and refurbished and is now mostly used for other functions.  It still seems old, but the restoration seems miraculous after seeing the seemingly impossibly decomposed old building that dominates Nashville’s old downtown entertainment area.  By popular request, the Opry did a three day stint back at the old place. It was such a success that they decided to do it on a regular basis.

The show itself was the usual fare, county singer after country singer.  Seems they dug up even more of the older performers than usual, and they all wanted to do their oldest songs in honor of being back at the Ryman.  The new Opry house out on Briley Parkway is a much larger place and holds a lot more people.  So moving to the Ryman for a brief period of nostalgic rerun severely limits the size of the audience.  As usual, the Opry was broadcast live on radio, complete with commercials.  Promoters like a lot of enthusiastic cheering in the background, and we were prompted to add appropriate audience sound effects.  Guess they figured country music fans were not smart enough to applaud on our own, or perhaps they figured the music wasn’t good enough that we’d want to.

We munched popcorn out of boxes that looked like miniature cardboard versions of the Ryman and watched the show, trying to figure out which lady had the biggest hair and wondering how much those sequined outfits cost that the guys all seemed to favor. They twanged away on guitars and sang into numerous microphones that occasionally screeched and squawked.  There were giant speakers for their sound system with numerous electric cables and cords and running every which way.  I missed the talented square dancers that are usually a part of the show, but the stage was much smaller and there was less room for dancing and more room for breaking your neck by falling over something.

I have often wondered why country music was not ruined by music video.  If you think they sound bad, you should see how they look.  Each one that came out seemed uglier than the one before.  Trisha Yearwood was the big name talent of the evening.  If you aren’t familiar with country music, she is one of the “new breed” of country singers, with big selling records and a more modern sound.  Many of the newer country stars still belong to the Opry out of some sense of professional obligation, I guess. Can’t knock her singing — she can sure belt em out.

Well, my rear is still numb from the benches and my knees may never quit aching from being stuffed in those tight quarters all those hours, but I won’t say I’m sorry I went.  It was professional entertainment at a bargain price.  It was country music finding it’s mother and remembering where it came from.  As long as there is hard drinking and forlorn love, there will always be material for county musicians to sing about.   What more could anyone want – especially in Nashville?

My stories are about daily life and the funny things that happen to all of us. My columns have been published in numerous newspapers, magazines, anthologies, and websites.
View all posts by Sheila Moss →
This entry was posted in Entertainment, Humor, Southern Humor and tagged Country music, Country Music fans, Grand Ole Opry, Live performances, Mother Church, Musicians, Nashville, Performers, Records, Ryman Auditorium, Singers, Tennessee. Bookmark the permalink.

2 Responses to Opry at the Ryman