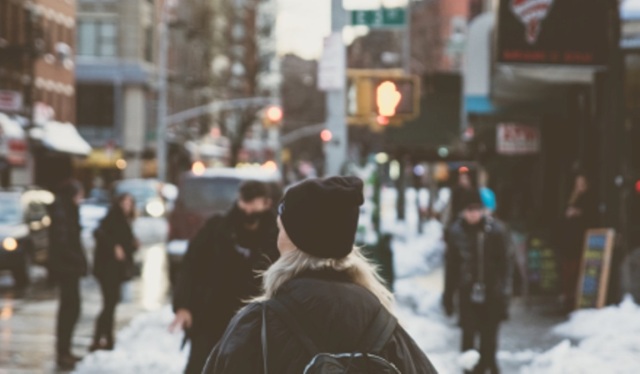 The following is a Special Weather Statement issued for the Christmas Holiday Season:

December is expected to bring above normal levels of stress in both northern and southern areas of the country. Shoppers are expected to move into the region around  malls starting on the Friday after Thanksgiving. Mild temperatures are expected to rise as the excitement begins and shoppers rush to look for bargains and gifts for the seasonal celebration.

Economic slowdown has caused a stagnation of the air around shopping centers, and prices are expected to be several degrees below the norm for last year. Experts are hopeful that the unseasonably low prices will create an atmosphere of spending. Look for especially heavy activity on the parking lots where severe temper flare-ups have occurred in past years from shortage of parking places.

Expect the normal seasonal display of decorations, which will continue throughout the holiday season. Many areas have reported localized heavy ornament displays beginning as early as October of this year. Except for a few low lying areas, lights and holiday greenery will be displayed over most of the country, with icicles and snowmen expected even in areas where temperatures are normally mild.

The wind will be blowing out of the north, bringing with it a 50 percent chance of Christmas music. Light snow is possible, but it is too early for a definite prediction at this time. It is never, however, too early to wish. A special advisory is issued to build a fire in the fireplace and drink eggnog or hot apple cider to ward off cold winter chills.

Radar indicates that Santa will arrive as expected, making it around the world in only one night in spite of fog, sleet or snow. Children may rest assure that no snow is necessary for Santa and his reindeer to make deliveries to rooftops far and wide. Tots everywhere are anticipating his coming with flurries of activity, changing into blizzards of excitement as Christmas Day gets closer.

Gifts will be wrapped in seasonal holiday paper and ribbon, especially in mid to late December. Christmas trees are expected to materialize prior to Christmas Day and have been appearing commercially for a prolonged period of time throughout the vicinity. A warm front of Christmas spirit is moving in at 20 M.P.H. and is expected to bring love, generosity and cheer throughout the area.

Watch for earlier than normal wakeup hours on Christmas Day as children arise to open their gifts. A storm of high consumption may occur later in the day as a wave of heat and humidity moves from the kitchen into the dining room where turkey or ham and other Christmas goodies are being served. Severe overeating should taper off as the day progresses, turning into milder indulgences by early evening.

Drought may occur shortly after the Christmas season as the warm fuzzy holiday spirit moves out and a weak cold front moves in preceding the arrival of the January bills. Be prepared for a freeze as reality sets in. Chilly weather may continue through February, but the celebration of Christmas is expected to go on for many seasons to come.

My stories are about daily life and the funny things that happen to all of us. My columns have been published in numerous newspapers, magazines, anthologies, and websites.
View all posts by Sheila Moss →
This entry was posted in Holidays, Humor, Weather and tagged Blizzards, Christmas, Christmas trees, December, Decorations, Flurries, Icicles, Shopping centers, Snow, Storms, Temperature, Weather. Bookmark the permalink.

8 Responses to A Christmas Weather Forecast

Possibilities of connections and a sense of belonging.

UseMyPro.com
If You Want My Opinion