Black Friday – In More Ways than One 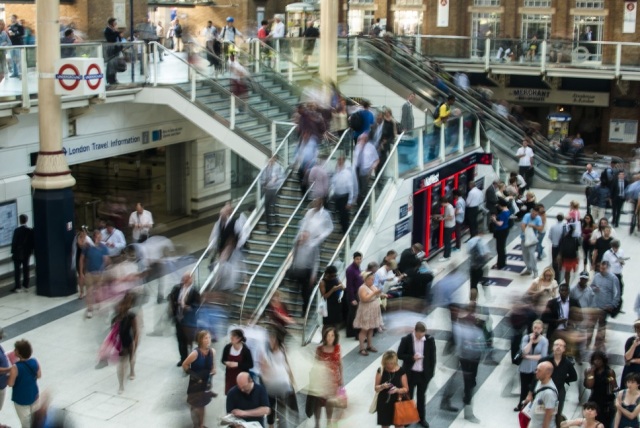 I’m sure you saw the ads for all the things that will be on sale: 40 inch flat-screens for $200, X-Boxes and iPods at ridiculously low prices. No, of course, I don’t need any of that stuff. I don’t even know what half of the electronics they advertise are. But what does that matter? Get out the credit cards. Buy now and pay later.

Most places are opening earlier than ever, some on Thanksgiving. I didn’t want to take any chances so I’ve been in line since last Monday. At least it seems like that. I considered bringing a tent, but I didn’t want to be mistaken for a protester. I would miss out on all the sales.

I had my strategy planned. I made a test run the week before, routing out the path to the items I wanted most. I had on my running shoes and my sweatpants. I even had a parka in case of rain. I was ready to bargain shop.

This time I will stay out of the way of runaway shopping carts pushed by bargain-crazed housewives. I remember what happened the year my foot was run over. The shopper didn’t even bother to stop and check out the damage. My foot was blue for a week. So, what did I learn from that, you ask? I learned not to shop at places that have carts.

After I was done at the ER, it was too late to shop. But the stores open at 7:00 on Saturday. I’ve still got 15 percent off coupons and plan to buy as much as I can so I will save more money. I think I can get around well enough on my crutches.

Spending money is the best way to help the economy isn’t it? That’s what they keep telling us anyhow. I’m not worried about the economy getting worse next year. But in case it does, I want to get plenty of stuff now while I can.

Cyber Monday is coming and I can look online for all the stuff I didn’t get this weekend. Shopping online is not as exciting, but you can look for exactly what you need without being distracting by all the other stuff you want.

If have any credit left on my credit card, I will go back after Christmas and get all the stuff I found that I wanted for myself when I was buying gifts for other people. Everything will be on sale. I can return the things people got for me that I don’t want and spend any gift cards I have before they expire.

Now that I think of it, gift cards are not a bad idea. Maybe I will get gift cards next time and save all the gas, time, anxiety and energy of shopping. Oh, well, if they don’t like what I bought, they can take it back after Christmas and get something else.

When I see all the bargains, I can’t help myself. Only 30 days to shop between Thanksgiving and Christmas.

PS: In case you were wondering, yes, this is satire. I may be crazy, but not this crazy.

My stories are about daily life and the funny things that happen to all of us. My columns have been published in numerous newspapers, magazines, anthologies, and websites.
View all posts by Sheila Moss →
This entry was posted in Holidays, Humor, Shopping and tagged bargains, Black Friday, BYGF, Capitalism, Cleap, Consumer, Credit, Deals, Gifts, Greed, Shopping, Spending. Bookmark the permalink.

6 Responses to Black Friday – In More Ways than One